“I Changed My Life with CareerStep”: Annette Schiele’s “Best Job in the World”

When CareerStep learner Annette Schiele described her 16 years of success as a medical transcriptionist, she wrote: “I am currently sitting on a boat in Flathead Lake about to log in and type … this is the life!” The more you learn about Annette, the more you’ll agree—she lives like many people dream of vacationing. “I’m pretty lucky, I must say,” said Annette. This is the story of how Annette used CareerStep’s Medical Transcription program to create a flexible career while being a stay-at-home mom.

“Thanks to the flexibility of Annette’s remote work, she enjoys her priorities: her family, her career, and her lake. Sometimes all three at once!” – Annette Schiele

Annette and her family live in postcard-worthy Polson, Montana, a charming lake town dotted with cherry orchards. It’s a tight-knit community of 5,000 people, located on the southern shore of Flathead Lake, the largest natural freshwater lake in the western United States. Thanks to the flexibility of Annette’s remote work, she enjoys her priorities: her family, her career, and her lake. Sometimes all three at once! For example, some days Annette and her husband will take their boat to an island, where she’ll bring a hot spot and laptop to finish up work. “Thank heavens for modern technology,” said Annette. “There’s no one else out there, so it’s more secluded and private than my own office.” 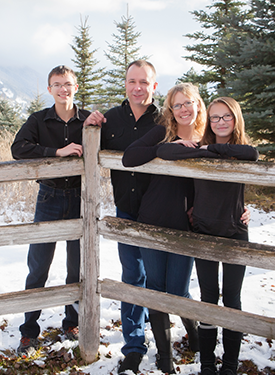 Sixteen years ago, Annette set ads full time for the local newspaper, the Lake County Leader. She and her husband had been married a couple of years and were ready to welcome children into their family, but with one requirement. “We wanted to raise them ourselves,” said Annette, “and the only way to do that was for me to work from home.” The couple explored career possibilities for stay-at-home moms, but in 2000 it was rare to find remote jobs online. Even fewer options were available in their small community. They could have started a daycare in their home, but that option didn’t appeal to either Annette or her husband. Then Annette heard an idea from a friend that would lead her to a new career.

Her friend’s daughter, Trish, had two small children and worked from home as a medical transcriptionist. Trish owned an independent contracting service and needed help to complete her workflow. Annette, expecting her first baby, saw the flexibility Trish had to be a mom while contributing financially to the family. She wanted to know more. “I told Trish my situation and what I was hoping to do. She took me under her wing and mentored me,” said Annette. For most of her pregnancy, Annette worked full time during the day at the newspaper, went home for dinner, then worked with Trish until late at night. “They were really long days during my pregnancy, trying to balance a job, an intense learning experience, and a new job,” remembers Annette.

“It was a calculated career move and the biggest blessing ever. I got to care for my son from the very first day we brought him home from the hospital and didn’t have to pay for daycare.” – Annette Schiele

Those long days paid off. When her son was born, Annette left her newspaper job. She started full time in transcription and worked from home. “It was a calculated career move and the biggest blessing ever,” said Annette. “I got to care for my son from the very first day we brought him home from the hospital and didn’t have to pay for day care.”

When her mentor moved away mid-2001, Annette took over the transcription contract and decided it was time for more professional development. “I needed more education, so that’s when I found CareerStep,” said Annette. She complete CareerStep’s Medical Transcription course in December 2002.

Growing Her Business In An Evolving Industry

For the past 14 years, Annette has had an independent medical transcription contract with St. Luke Community Healthcare Network. She works fast, sticking to a 24-hour turnaround time. “I want my turnaround time as short as possible because of quality patient care,” said Annette. “As soon as a doctor has that note, he can read it, sign it, get referrals, or put it into the medical record for the next appointment.”

Annette’s first transcribing contract was with a clinic, but that department changed to voice recognition. “Instead of just canceling my contract, they found a place to fit me in,” said Annette. “They would keep calling and say, ‘Would you like to take on physical therapy? Would you like to do some hospital notes, would you like to do our extended care facility…?” As her contracts grew, Annette needed help to complete overflow work. Passing it forward, it was her turn to be the mentor. She hired her friend Teresa, who was looking for a stay-at-home job, as a subcontractor. “I mentored her while she took the CareerStep program, which I encouraged her to do,” said Annette.

Business has grown, and recently Annette hired her third subcontractor. She’s in contact with all three of her subcontractors on a daily basis. One subcontractor transcribes for a radiology department, while the other two fulfill transcription needs for a physical therapy office. “I realized recently that three people are counting on me for paychecks,” said Annette. This responsibility keeps Annette mindful that she might need to adapt in a changing industry. Since she’s seen medical offices move to voice recognition, there’s still an opportunity for editing. Other industries need transcription, too. For example, she’s transcribed oral histories for a local museum. “Oral histories are a lot of fun to do and really important because once we lose those old-timers, we lose their stories and their knowledge,” said Annette. “But if we can ask them the right questions in an interview, and transcribe those, I think there’s a lot of potential there.”

‘Best Job In The World’ Gives Flexibility For Family Time 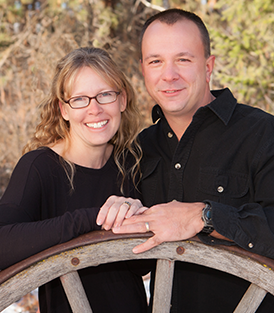 Over the years, Annette has raised her two children while building her transcription business. Her 16-year-old son and 12-year-old daughter have grown up with a mom who is involved in their lives. “We’re a very close family, and I think that has a lot to do with the fact that I was able to be at home,” said Annette. “Having flexibility in my work schedule has really allowed me to jump in where I was needed,” said Annette. “I wouldn’t trade it for the world.”

“We’re a very close family, and I think that has a lot to do with the fact that I was able to be at home.” – Annette Schiele

Annette has served on PTA boards, volunteered in her children’s classrooms, and attended all their sporting events and recital performances. “It’s just been a huge blessing. For so many years I said to my husband, ‘I love my job. It’s the best job in the world,’” said Annette. In the last two years, her husband started working at home after many years of a 9-5 schedule. “So he sits at one end of the couch and I sit at the other, and we look at each other and think, ‘Is this real? This is like the best ever!’”